Another task:
(Something like this)
Pick a story that you think is good (book, comic, movie, game…)
List 6-12 things why it’s good
Illustrate
2-4 pages

I picked Airman (Siipimies en finnois), a book by Eoin Colfer, which has been my favourite for who knows how long. WHICH didn’t make the task any easier, funny thing…
Sorry about the image quality. I’m starting to see why it’s a pro thing to ink, even when you think you’re in a hurry. 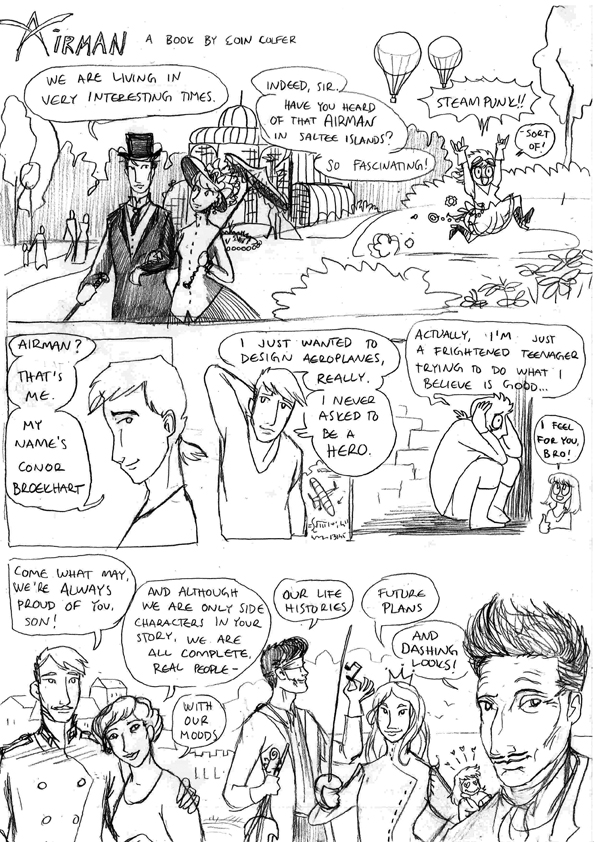 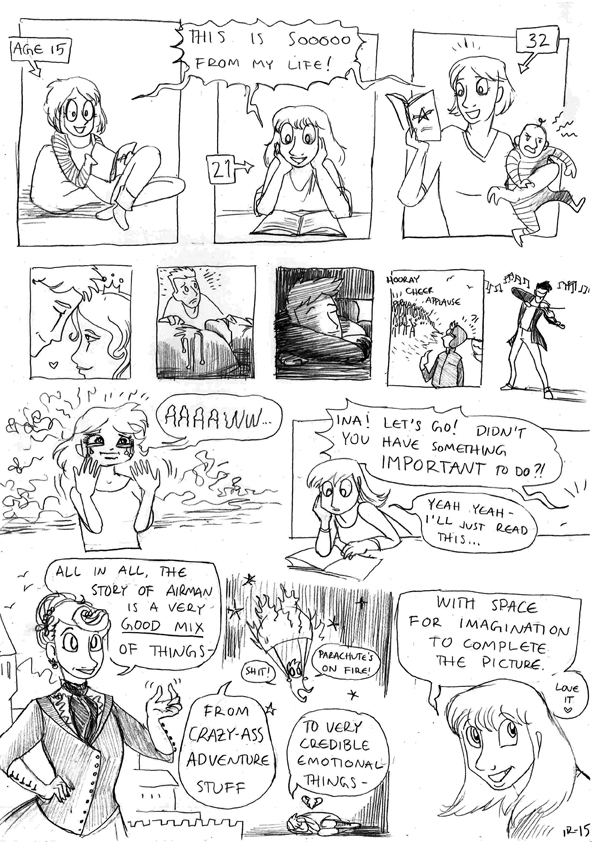 This comic is a side product of Nordicomics Youth camp, based on a following assignment:
” A comic, lenght 1-3 A4 pages
Use Google and Wikipedia to research a country that you do not know that well or at all.
Create a realistic character in the country of your choosing and do an autobiographical comic of that person.
The comic should introduce him/her, his/hers family, city, home, hobbies, culture etc.
(Make the character different from you)”

My country of choosing was Tuvalu. One great quote from Wikipedia was something along the lines of this: ”the highest point of Tuvalu is an unnamed place 5 meters above sea level”. Wow!

The final comic isn’t very ”autobiographical”, BUT I tried to have a sort of depressed, angsty feeling that I associate with many autobiographical comics.
I also clearly have this thing for giant underwater creatures. Picasso had his blue period, I have my fish period… 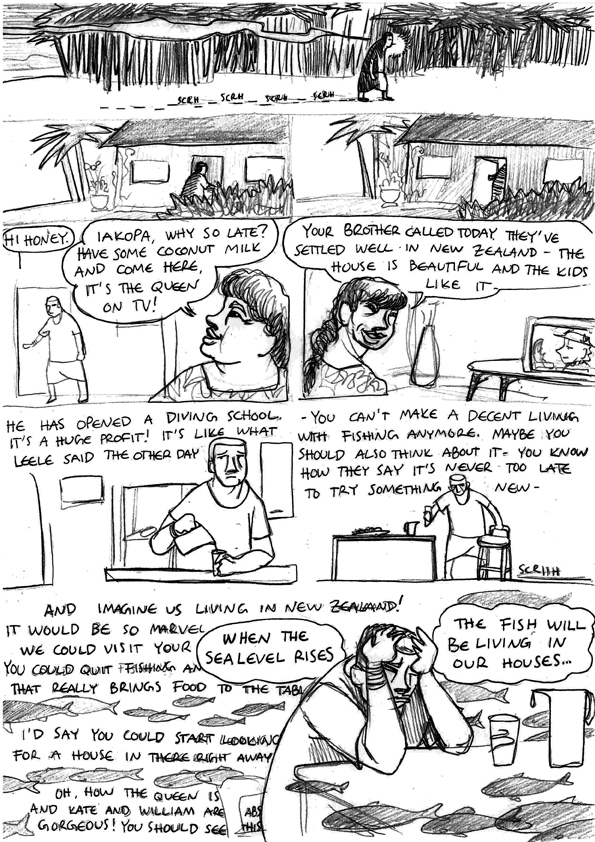 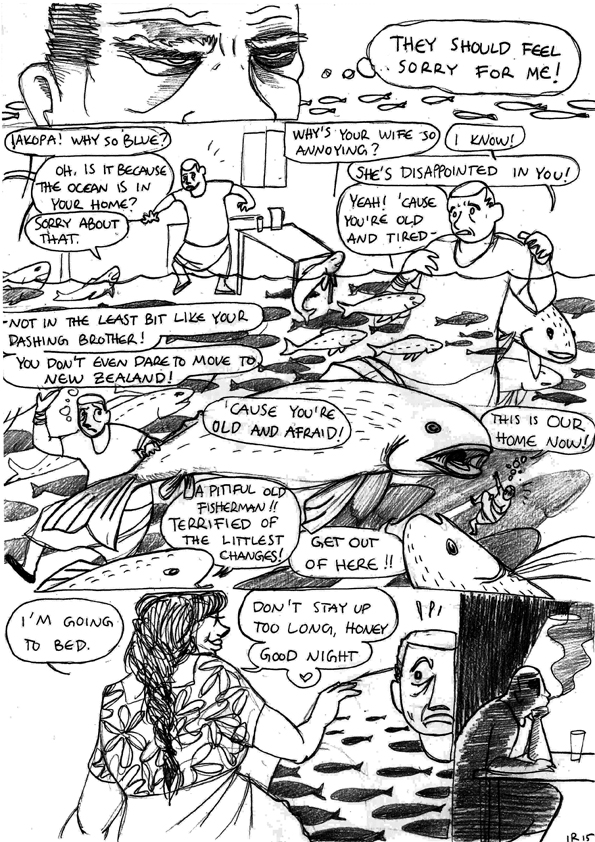 Involved in fishy businesses was Ina